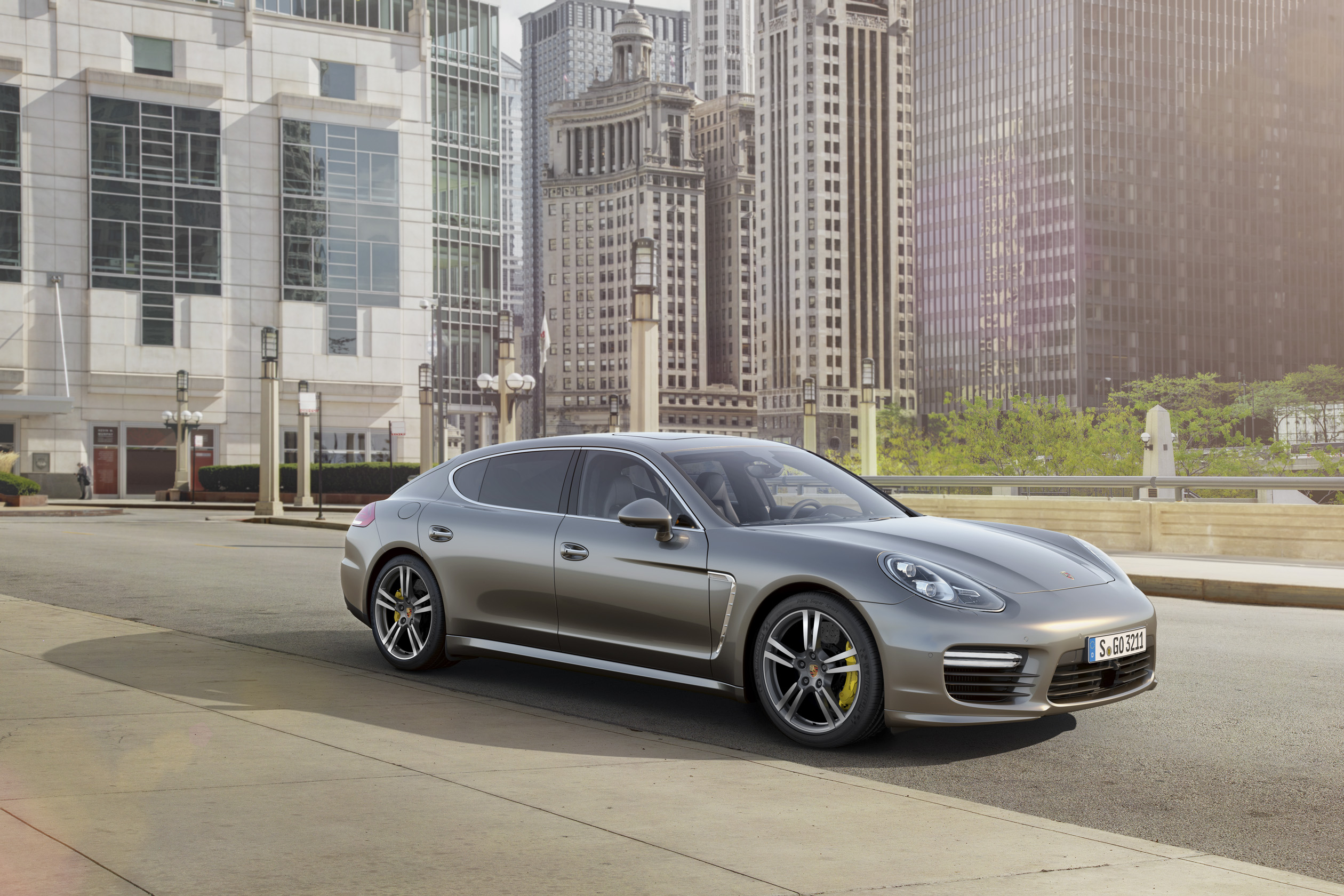 The new Panamera Turbo S with a Windy City backdrop

Porsche has just released information on the new range-topping Panamera Turbo S in anticipation of its debut at the Tokyo Motor Show next month. Boasting 50 more horsepower than the current Turbo model, for a total of 570, nearly 600 pound-feet of torque vectored to all four wheels, and carbon ceramic brakes to bring the executive super saloon to a halt, the new Turbo S just may be the most elite four-door on the planet.

Urban Gear Works has always been a fan of the Panamera. While the characteristic Porsche silhouette applied to a sedan has been polarizing, your editor has a special affinity for anything with a fastback roof line, ranking the Panamera's shape among other icons like the Hudson Hornet, Tatra 77, and first-generation Dodge Charger. Imagine the excitement, then, when the press photos for the new flagship featured not New York, Los Angeles or even Miami, but the great Second City, Chicago. It appears that Porsche chose Cityfront Plaza, between the University of Chicago's Gleacher Center and NBC's Chicago headquarters, as the backdrop. Curiously, however, the image appears to have been flipped, because there is simply no way the distinctive London Guarantee Building could appear on the northern side of the Gleacher Center.

Whatever the reason for the image manipulation, it's great to see a few of our favorite things together, and it's nice to see Chicago getting the respect it deserves. The full press release on the Panamera Turbo S can be read here.