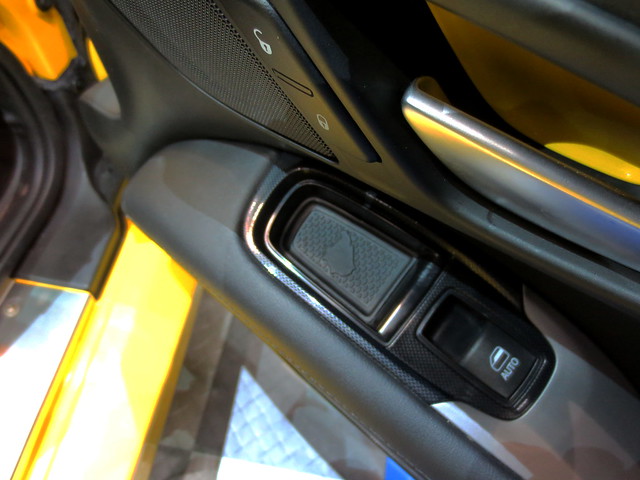 Like a WWII ace, the Viper wears the silhouettes of tracks it's conquered.

Earlier this week, Klaus Busse was named Industry Innovator of the Year at an award ceremony held on the eve of the NAIAS.

I met Mr. Busse, Chrysler's VP of Interior Design, two years ago during the Social Media Preview of the Chicago Auto Show. I complimented the Viper's "Striker" shift light, and he proceeded to give me a personal tour of the Viper's interior. He pointed out the small details, like the Nürburgring traced in the door pocket, and Laguna Seca hidden in the center armrest. "Easter Eggs" like those are now found across FCA's lineup. As a software engineer, I consider myself a craftsman, and I like to think I can recognize another. Details like hidden racetracks, skylines, and desert trails in a car's interior are a sign that the designer isn't just doing his job - he's someone who truly enjoys his work.

I'll never forget it - a lowly blogger getting a tour of a supercar from the man who designed it. Urban Gear Works congratulates Klaus Busse on an award well deserved!